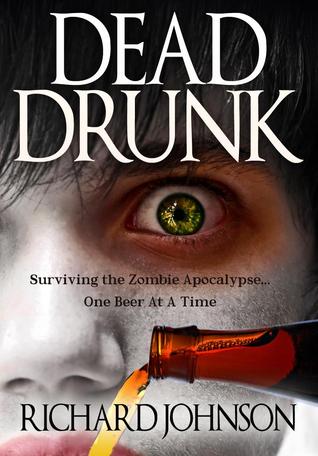 Charlie Campbell was your average, balding, thirty-year-old alcoholic with a dead-end job and a penchant for shambling through life one mistake after another. However, none of that mattered following the sudden arrival of a mysterious sickness that brought with it infected mobs of zombie-like creatures thirsting for the flesh of the living.

Trapped in a Chicago apartment the morning after a raucous bachelor party, Charlie and his old fraternity buddies must battle for survival against the cannibalistic horde, a military invasion and their own rampant stupidity.

With supplies, common sense and brain cells dwindling by the hour, the motley crew- including a racist cop, a Sri Lankan used car salesman, a stoner landlord and a pet raccoon- must pull out all the stops to avoid joining the ranks of the dead.

If you like zombies, action and humor, crack a beer, pull up a barstool, and prepare for one wild ride.

One thought on “Free on Kindle: Dead Drunk: Surviving the Zombie Apocalypse… One Beer at a Time by Richard Johnson”