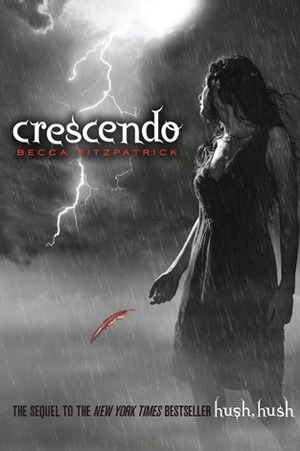 Nora Grey’s life is still far from perfect. Surviving an attempt on her life wasn’t pleasant, but at least she got a guardian angel out of it. A mysterious, magnetic, gorgeous guardian angel. But despite his role in her life, Patch has been acting anything but angelic. He’s more elusive than ever (if that’s possible) and what’s worse, he seems to be spending time with Nora’s archenemy, Marcie Millar.

Nora would have hardly noticed Scott Parnell, an old family friend who has moved back to town, if Patch hadn’t been acting so distant. Even with Scott’s totally infuriating attitude, Nora finds herself drawn to him despite her lingering feelings that he is hiding something.

If that weren’t enough, Nora is haunted by images of her murdered father, and comes to question whether her Nephilim bloodline has anything to do with his death. Desperate to figure out what happened, she puts herself in increasingly dangerous situations to get the answer. But maybe some things are better left buried, because the truth could destroy everything- and everyone- she trusts.

As I mentioned in my review of the first in this series, Hush, Hush, I really like the whole angels theme; fallen angels, even more of a plus. However, this series is best for one thing- reliving all the high school drama without actually having to relive it.

Being completely in love with a bad boy… check. I even remember my first bad boy’s name. Breaking up with bad boy because he is a bad boy… check. Being mad at bad boy for finding someone else even though you were the one who broke it off… check. After all, even though you move on, he must swear off anyone else and become a priest because he is supposed to forever pine for you. That’s not too much to ask, right? Almost getting back together with bad boy… check. Breaking up with him again… check. Getting in fight with some girl who may or may not be bad boy’s new girlfriend… check. Getting punched in the face… check.

I’m sorry, is this an unauthorized biography about me?!!

This is totally Young Adult Chick Lit and believe me, it brings back all those teeny bopper feelings. At parts, I was ready to go out and look for a fight.

It’s fun. It’s quick. It’s entertaining. No I’m not talking about sex; I’m talking about the book. There is sexual tension, talk about sex and making out, but no sex.

If you want a quick and entertaining beach read and don’t mind Young Adult fiction, I highly recommend this series so far.

One thought on “REVIEW: Crescendo (Hush, Hush #2) by Becca Fitzpatrick”